“Amici dell’Archivio Emilio Scanavino”, established in 1999, was born through the initiative of Giorgina Graglia Scanavino, who at the end of the 1980s began an important job of research, collection and attentive and accurate archiving of the artist’s works.

The outcome of the job done translated into the compilation of publication of the Catalogo Generale “Scanavino” general catalogue, published by Electa in 2000, of the volume dedicated to sculpture entitled “Scanavino – La scultura 1952-1980” Aspasia editions in 2004 and of other important monographic publications.

Ms. Scanavino was its President until her death in 2015, paving the way for today’s management of the Association under the leadership of her children Paola and Sebastiano Scanavino.

A Scientific Committee was set up for the acknowledgement and archiving of authentic works.
The Association continues to scrupulously document the artist’s production in order to preserve it, valorise it and safeguard it pursuant of what is set forth in its Statute.

The activity is open to dialogue towards everyone and is also performed in collaboration with public and private persons or entities for the creation of cultural initiatives, actively cooperating in the organisation of exhibitions in Italy and abroad. 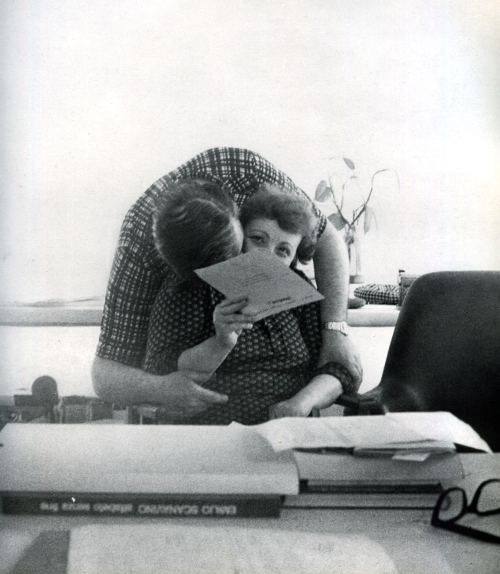